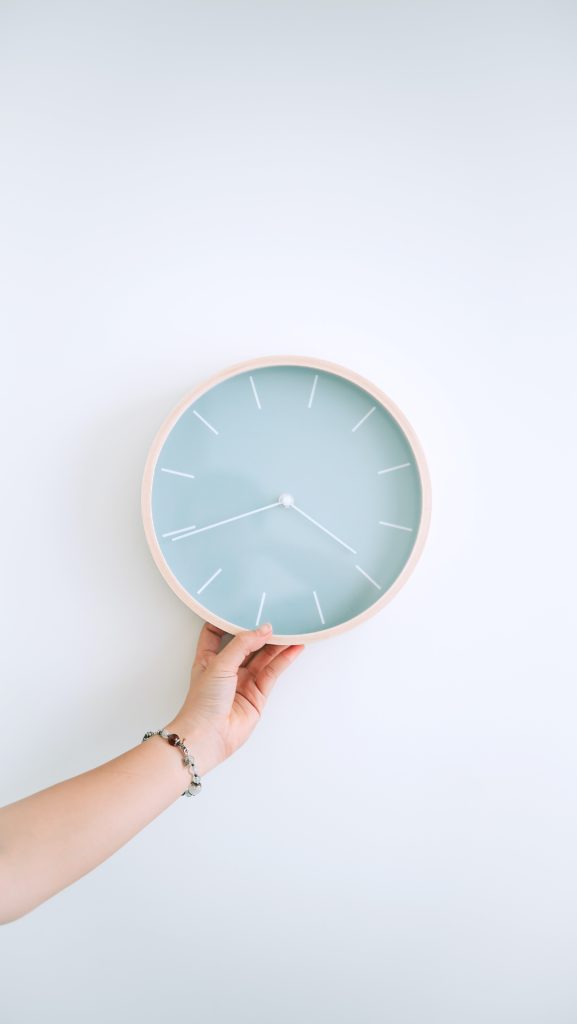 A new weight loss study about time-restricted eating, a form of intermittent fasting (IF), is getting a LOT of buzz. Let’s talk about it!

Published in the New England Journal of Medicine (NEJM), the study followed 139 participants as they adhered to a calorie-restricted diet for one year. Men ate 1500-1800 calories per day, while women ate 1200-1500 calories. One group of participants ate with no time restrictions, while the other could only eat between 8am and 4pm.

They kept food diaries, took pictures of their meals, and met with coaches regularly, which sounds intense but was probably necessary to ensure they were compliant with study guidelines.

The objective was to see if time-restricted eating boosted weight loss compared to calorie restriction alone.

What happened? Both groups lost the same amount of weight.

Yep. Both groups lost somewhere around 15 pounds after one year. There also wasn’t a significant difference in changes in waist circumference, BMI, body fat, blood pressure, and other measures of metabolic risk between the two groups.

This is the first long term look at intermittent fasting and weight loss.

At first, I felt pretty indifferent about this study because to me, the results weren’t shocking. IMO, everything comes down to calorie balance, which is exactly what these results suggest. But I didn’t feel the urge to run to Instagram to flaunt the results and shout “I TOLD YOU SO” to the world. There’s actually a lot more we can unpack from this study and learn from, which is why I’m writing about it now.

So the concept of “time-restricted eating” is the same as IF. You have a window of time each day when you can eat, followed by a longer fasting window.

Although it’s really trendy now, fasting is nothing new. It’s a practice that’s been around for thousands of years. However, it’s history is deeply rooted in survival and religious practice rather than weight loss.

There are several IF methods, and some are more extreme than others. The most popular one currently is the 16/8 method – fast for 16 hours every day, with an 8-hour eating window. In theory, this helps reduce overall calorie intake and influences hormone levels to boost your metabolism. Sounds good, right?

What really gets people excited to try IF is that the eating window is typically the ONLY rule. You can eat whatever you want, as long as you stick to your time restrictions.

But IF isn’t as magical for weight loss as advertised.

Womp womp. Contrary to what that random fitness TikTok account you saw says, the results of this study suggest that fasting isn’t some sort of biohack that boosts your metabolism or controls your hormones in a way that helps you lose weight any more than just being in a regular calorie deficit.

But like everything in nutrition and fitness, whether or not fasting “works” isn’t quite so black and white.

This doesn’t mean IF is “bad”

As much as I believe in my soul that diets don’t work, I’m actually not here to demonize IF.

No, IF won’t magically make you lose weight. But do some people find it easier to maintain a calorie deficit when they can’t snack on M&M’s at midnight because having an eating window is a goal they will adhere to? Sure. Do some people legitimately feel better/more energized/less snacky when they fast? Maybe. Does an eating window encourage people to set up a day-to-day routine that snowballs into other healthy habits? It can.

I don’t think IF is the weight loss shortcut so many people hope for (and some brands advertise). But I know that even with this new research, the hype around fasting isn’t going away. I can see why some people DO find it helpful and sustainable. It can be done safely, which is why I’m not going into a full on rant over it (I’ll save that for other diets).

This also doesn’t mean IF is “good”

Don’t be mistaken. Just because I can see why people support intermittent fasting for weight loss doesn’t mean I’d recommend it. Here are my issues with it:

It can lead to obsession. I’m not cool with an eating window that feels restrictive in any way. Even though IF may not call for blatant restriction of calories or certain foods like other diets, the rules can still lead to disordered habits. For example, skipping breakfast even though you’re truly hungry or missing out on social events because they don’t fit your eating window.

And even if those sacrifices seem innocent in the beginning, that mindset can lead to serious trouble down the road. You might start to feel anxious about staying in your eating window, or guilty if you “mess up” or if your weight loss plateaus.

You risk not eating enough. An 8-hour eating window might not seem short, but a lot of people actually struggle to eat enough during that time. Think about fitting 3 meals (or however you divvy your day up) into 8 hours while juggling everything else in life. You might be too busy to get those meals in or you might not feel hungry enough during that window to meet your calorie needs for the day.

Maybe this sounds like a good thing if you want to lose weight – yay, a bigger calorie deficit, right?! WRONG. This can seriously backfire. Eating too little is going to make you feel sluggish and grumpy and mess with your metabolism in the long run.

Sorry for being a broken record, but…

If you take nothing else away from this study, I hope it’s that this is evidence that there is no one-size fits all approach to weight loss. Or eating in general. A lot of people want to spotlight this study to scare people away from fasting, while others want to pick it apart to defend IF like their life depends on it.

Honestly, neither is helpful.

Intermittent fasting can be done safely, and some people feel great eating this way. HOWEVER, this study shows that it’s NOT necessary to eat this way to lose weight if it doesn’t feel good to you.

Any time you see a headline for a study like this one, whether it talks about a diet in a positive or negative light, remember the takeaway here: There is no shortcut to finding the healthiest lifestyle for YOU. Even the simplest and most reliable method for weight loss (calorie deficit) can be complicated by things like sleep, stress, and hormones, which are all personal to YOU.