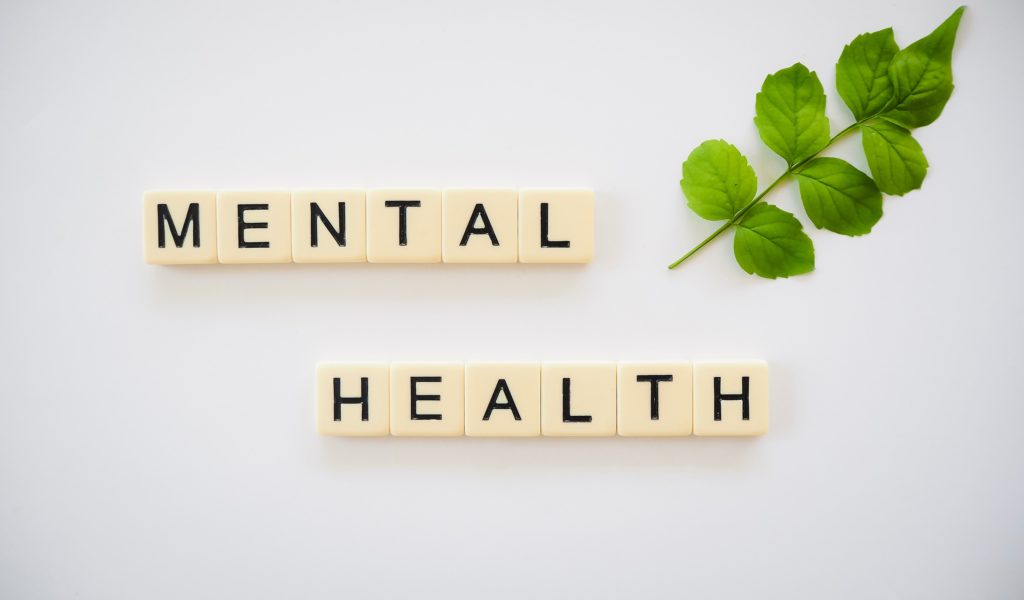 When Judy Garland told us to chase all our cares away, she didn’t mean it literally—but she could have. Physically chasing something counts as exercise, and exercise has been proven to soothe our mental health.

Grinding at the gym can give us the boost our worry-riddled brains desperately need, so in honor of Mental Health Awareness Month, I’ve rounded up the top 5 ways a quick sweat can tackle your cerebral burdens. Get ready to HIIT them with your best shot.

Sleep, not laughter, is the best medicine, especially when it comes to mental fitness. Decent shut-eye helps our brain regulate emotions, but a continuous lack of it increases our chances for a slew of health concerns. One study even found that those with insomnia were 4x more likely to experience depression 3 years down the line.

Habitually bad rest was also associated with bipolar disorder and a greater risk of suicide. There are several medications and DIY remedies to catch some Zzz’s, but a free option is aerobic exercise, which has been linked to an increase in deep sleep.

There is an asterisk though. Dr. Charlene Gamaldo, medical director of Johns Hopkins Center for Sleep, says, “We have solid evidence that exercise does help you fall asleep more quickly and improves sleep quality. But there’s still some debate as to what time of day you should exercise.” If your body says to pump iron at 1 AM, go off, but Dr. Gamaldo recommends keeping the endorphin high to 1-2 hours before bed so it doesn’t interfere with your sheep counting. It feels like every time I’m online, someone is talking about anxiety. Considering it’s the most common mental illness in the US (1 in 5 adults are affected), that tracks. Aerobic exercise like riding a bike or dancing to Dua Lipa in your PJs can majorly reduce the risk of anxiety. But if you live in snow country, try hitting the slopes, because a study found that long-time skiers were half as likely to develop clinical anxiety.

If you’re already an Anxious Annie (same), Harvard psychiatry professor John J. Ratey says working out can help reign in symptoms by distracting us from our triggers, reducing muscle tension, and boosting levels of “anti-anxiety neurochemicals, including serotonin, gamma aminobutyric acid (GABA), brain-derived neurotrophic factor (BDNF), and endocannabinoids.” (And if you’re thinking that that last one sounds like cannabis, it’s because they’re from the same branch of the chemical family tree. So, yeah, our brains kind of make weed.)

Depression isn’t just being “bummed out.” It’s a mood disorder defined by the DSM-5 (aka the ultimate guide to psychological diagnoses) as consistent feelings of hopelessness, sadness, and overall loss of interest in daily activities.

There are many genetic and environmental risk factors like grief or conflict, but a recent analysis of 15 studies found that adults who did 2.5 hours of moderate exercise a week, as recommended by the CDC, had a 25% lower risk of experiencing depression. A brisk walk counts as moderate exercise, by the way, so it’s not like you have to ‘roid out at CrossFit to reap the benefits. The authors of this study also said going past the recommended amount of exercise didn’t substantially improve results. So, going the extra mile isn’t necessary to help stave off the bad feels.

It doesn’t take a rocket scientist—or even someone with any scientific knowledge—to know you can blow off steam by doing angry push-ups. The feeling of melting away our frustration one rep at a time has been backed by studies, but a lesser-known benefit of our 50-minute barre class is how it can make our brains more resilient to stress.

In 2013, a team at Princeton found that mice who regularly exercised were less reactive to an environmental stressor than those who were more sedentary. The exact process by which this happens takes a whole lot of science mumbo-jumbo to explain, but basically, the brains of the more active mice kept their anxiety responses in check, while the others cognitively freaked out.

A later study also showed that people who were physically fit were less reactive to psychologically or physiologically stressful events. The researchers owed the findings to consistent exercise helping regulate hormone responses and minimizing inflammation, which has been associated with chronic stress.

When many of us hear PTSD, we think of soldiers returning from war zones. But anyone who has experienced trauma, such as a natural disaster, assault, or even a car accident, can develop the psychological disorder. Therapy and medications are typical treatments, and while revving up fitness isn’t going to cure the condition, it can reduce its symptoms and improve health issues associated with it like cardiovascular disease.

A major barrier though is how having PTSD, just like having depression or anxiety, makes many people less likely to work out in the first place. That makes sense, honestly. Even when I’m in a good mood, it can be difficult to find the motivation to get out of bed, get dressed, and do something that might be uncomfortable for 30 minutes. Adding anxiety on top of that? Not fun. But so are many things that help us grow in the long run. (Example: We wouldn’t have found our perfect haircut if we didn’t go through that bangs phase.)

So, if you’re dealing with any of these 5 issues, try adding fitness to your self-care routine. But if you don’t, that’s totally fine, too. We all have a process, and the only right one is the one that works for you.